A wide range of images; cliffs, meadows and forests, trees and animals scurrying by reshape our image of the Dolomites time and time again. Untold sagas and legends revolve around mountains where mysterious beings live. In the Ladin sagas there are benign spirits and evil spirits which were deeply rooted in the everyday lives of the Ladins. The sagas tell of a fantasy world where beings live surrounded by secrets which sometimes hold an element of truth. They tell of heroes and of the struggle between good and evil.

Many of them tell of heroines and their mountain homes: Dolasilla, Soreghina, Merisana, Chenina, Tanna. Benign spirits live in the forests: the "crestanes", the "salvans" and the "ganes". Evil spirits such as the "bregostane" live in thickets and coppices. 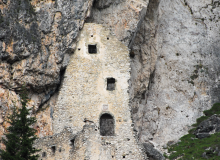 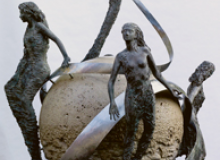