The Institute for Ladin Culture "Micurà de Rü" was set up thanks to the P.L. 31th July 1976 n. 27, which was published in the Official Gazette of the Region in three languages.
The Institute started its activity officially on 3rd September 1977.

It was the AGT (Arbeitsgemeinschaft Tirol) who authorised the setting up of a Ladin institute for the Ladin people of the Province of Bolzano. The structure of the Institute was worked out after several meetings and the political authority gave its consent for this Institution to be set up.

Bressanone, 15 th November 1974
During the meeting of the AGT (Arbeitsgemeinschaft Tirol) the members decide to support not only the German minority in South Tyrol but also the Ladin one. The Ladins themselves will have to decide on how they want to deal with this.

Bressanone, 13 th December 1974
On this occasion also two representatives of the Ladin linguistic group are present at the meeting: Dr. Heinz Stuflesser of Ortisei/Urtijëi and Pire Castlunger of Longiarù/Lungiarü. Dr. Stuflesser presents briefly the institutional organization of the Grisons (Swiss) which supports the preservation of the own minority language.

Bressanone, 24 th January 1975
Pire Castlunger declares that he has found the necessary backing from academicians, who in case of the foundation of a cultural institute with full-time employed personell studying and enriching the Ladin language and culture, would speak up for this end. The members of the meeting decide unanimously to found such an institution. The Assessor Dr. Klaus Dubis points out that a cultural institute will have to be managed only by Ladins and that it does not develop into a branch of another institution, especially not one of the South Tyrolean Cultural Institute.

Bressanone, 28 th February 1975
During the meeting those present underline that in order to find a solution to the financial question of the Institute, on will above all have to know exactly how this kind of institution should be structured and which aims are to be achieved by it. To this end they appoint a special committee whose members are Don Angel Morlang, Dr. Heinz Stuflesser, Dr. Lois Craffonara and Pire Castlunger.

Bressanone, 19 th April 1975
The recently appointed committee presents the programme and the aims of the Institute and it also seriously discusses the financial matter. The committee decides to contact the provincial authority in order to receive the necessary financial backing.

Bolzano, 7 th July 1976
The law and the statute of the Institute are finally passed by the Provincial Government and published in the Official Gazette of the Region on 31 st July 1976.

Bolzano, 25 th May 1977
There is a meeting of all those who have been designated to make up the Board of the Institute. They appoint the Deputy of the Provincial Assembly Franz Demetz of S. Cristina president and Dr. Lois Trebo from the Badia Valley vice-president.

On 3rd September the Institute starts officially its activity.

27 years after the foundation of the Institute for Ladin Culture the specialists in Ladin language and culture take part in a meeting in order to discuss the achieved aims and the ones which are still to be reached. 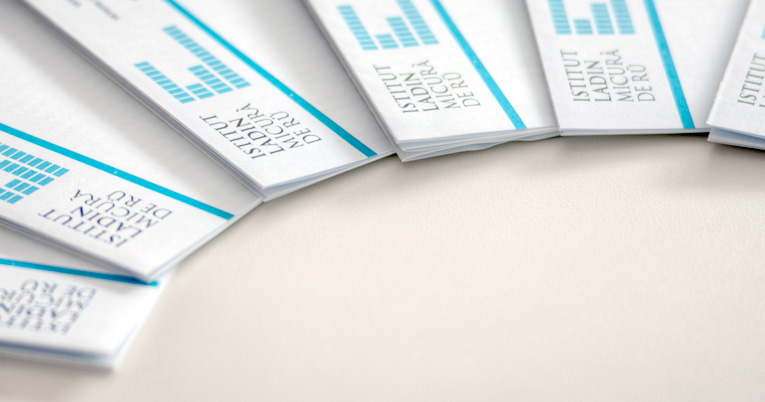