The customs and traditions handed down from generation to generation are living proof of a rural culture, at one with nature and the seasons of the year, the circle of life, ritual and religious custom.
Since the beginning of the 20th century there has been a significant increase in population and considerable socio-economic development. Gradually popular beliefs are disappearing and society is opening itself to the ideas and lifestyle of neighbouring regions.
Nevertheless, some religious customs are still maintained: the "bonaman", the bringing of New Year wishes by children who go from house to house, or the pilgrimage to the ancient Bishop's Residence in Sabiona, in the mountains above Chiusa. This pilgrimage, which takes place every three years, brings together hundreds of men from the twelve parishes in Val Badia and shows a religiousness which is strongly rooted in the past. The sanctuary of "Pietralba" is an important place of pilgrimage for the Christians from Fascia.
Bustling activity can be seen in the various clubs and associations e.g. culture, music, sport, as well as other community groups. Many Ladin communities have their own brass band as well as their own folk dance group. The cultivation of this particular tradition still has a special fascination. 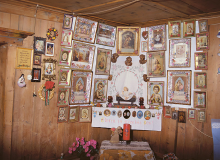 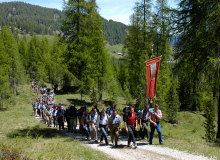 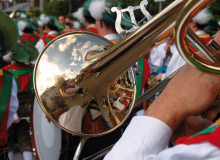 Look at the past

The religious festivals, the worldly celebrations and parish fairs were once the only opportunities to break the monotony of everyday life. Custom accompanies the most important events in rural communities; birth, christening, weddings, death and the religious festivals. 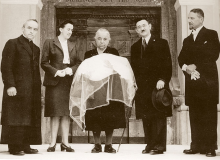 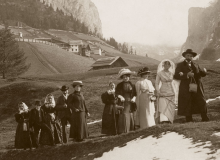 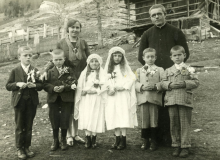 There are also several humorous customs connected with weddings. On the way to the church the wedding procession is held up by barriers set up by friends of the bride and bridegroom. Then scenes from the lives of the wedding couple are played out paying special attention to their peculiarities and foibles. At the end of the performance the "mëinanevicia" (the man giving the bride away) has to pay a toll so that the wedding procession can continue on its way.

The "cëura mula" is still practised today. Years ago the "cëura" was a goat made of wood and straw today it is a live animal led by two jokers dressed as goatherds who try to sell the goat to the bridegroom or the bride or the bride's older unmarried sisters. 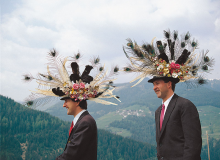 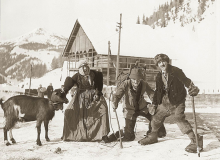 "Mardi Gras" in Fascia is very old and highly original. The main characters in "Mardi Gras" are the "Bufon", the "Laché", and the "Marascons". They make fun of farming and the everyday life of craftsmen.
The Bufon is the key figure in the Fascia carneval. His mask is characterised by his enormous nose. Above all, in comic, saucy sketches he makes fun of single women. He claims to have been born old however his destiny is to become young. 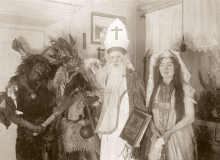 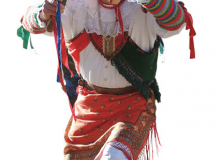