The language of art

The wonderful world of the Dolomites inspires creativity, fantasy and the will to work: compared with the total population of the region the Ladin valleys have a high concentration of wood carvers and artists. This artistry thrives on the deep impression made by the surrounding landscape. The collision of various cultural realities is reflected in the work produced. Ladin art is the expression of a peculiarity; the result of tradition in connection with elements of Tyrolean and Italian culture. At the same time however, sights are set on the future, on Europe and the wider world.
Several artists from the ladin valleys have developed their own, distinctive artistic language as a result of their experience with traditional Gherdëina crafts.

The origins of wood carving in Gherdëina go back to the 16th century. The first well-known wood carving family in the valley was the Trebinger family towards the end of the 16th century. In the second half of the 17th century women began to make lace and from then on men also began to devote themselves to figurative art. In Gherdëina the carving of religious artefacts was the main area of activity and expressed itself in the production of religious figures and alters. Fascia has numerous examples of wall painting and frescos decorating churches and buildings. To improve the quality of production art schools were founded in Gherdëina, Fascia and in Cortina d'Ampezzo. In Gherdëina there is also a professional technical/commercial school. In Gherdëina, Val Badia, Cortina d'Ampezzo and Pozza in Fascia music schools have been founded.

Activity in art led to the founding of various associations, such as "Lia Mostra d'Ert" (The Art Exibition Association), founded by a group of artists in Gherdëina in the 1960s or "Êrt por i Ladins" (Art for Ladiner) an association of artists in Val Badia.
In cooperation with cultural institutions these associations organize events such as: exhibitions, cultural conferences, concerts, theatre performances, days for literature and music.
The trade fair for sculpture "Unika", has taken place in Gherdëina every year since 1994. Around sixty sculptures, decorative painters, gold embellishers and decorative carvers are members of this association. 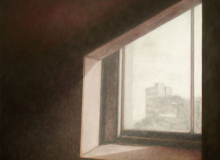 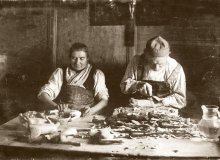 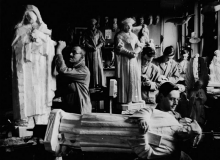 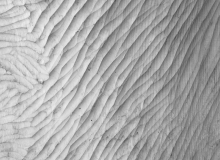 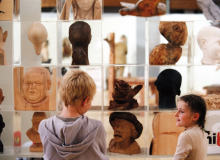