Archaeological finds confirm the settlement of the Ladin Dolomite valleys before 7000 B.C., high altitude settlements such as the one at Plan de Frea (2000 metres, close to Jëuf de Frea) were primitive shelters from the Mesolithic age (middle stone age).
In 1987 at Mondeval de Sora (2150 m, between Colle Santa Lucia and Cortina d'Ampezzo) the skeleton of a tribal chief was discovered complete with rich burial artefacts. The find is estimated to be from about 8000 years ago.
The existence of permanent settlements from various periods has been proved: the most important is the Sotciastel (Val Badia) settlement which goes back to the Bronze Age. This small community consisted of farmers and herdsmen. The village was founded between the end of the 18th century B.C. and the beginning of the 16th century B.C.
The finds at Col de Flam (near Urtijëi) are from the iron age (850-15 B.C.) it was a place for ritual sacrifice by burning.
In 2000 on the Pincan hill (near Urtijëi) the foundations of Castle Stetteneck were found. 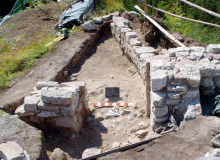 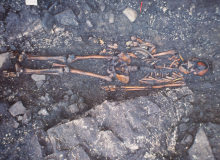 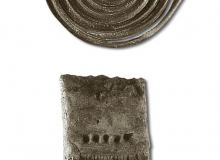 The Romans gave the tribes which inhabited this area the collective name "Reti". Due to a lack of information this ancient culture remains shrouded in mystery. From the 5th century B.C. the "Reti" began to display their particular culture. They wrote using a version of the North-Etruscan alphabet.
After a devastating battle at the confluence of the Adige and Isarco rivers the Romans gained control of the Alps under Drusus and Tiberius in 15 B.C. From this point on the vernacular Latin of the conquerors mixed with the languages of the indigenous peoples. 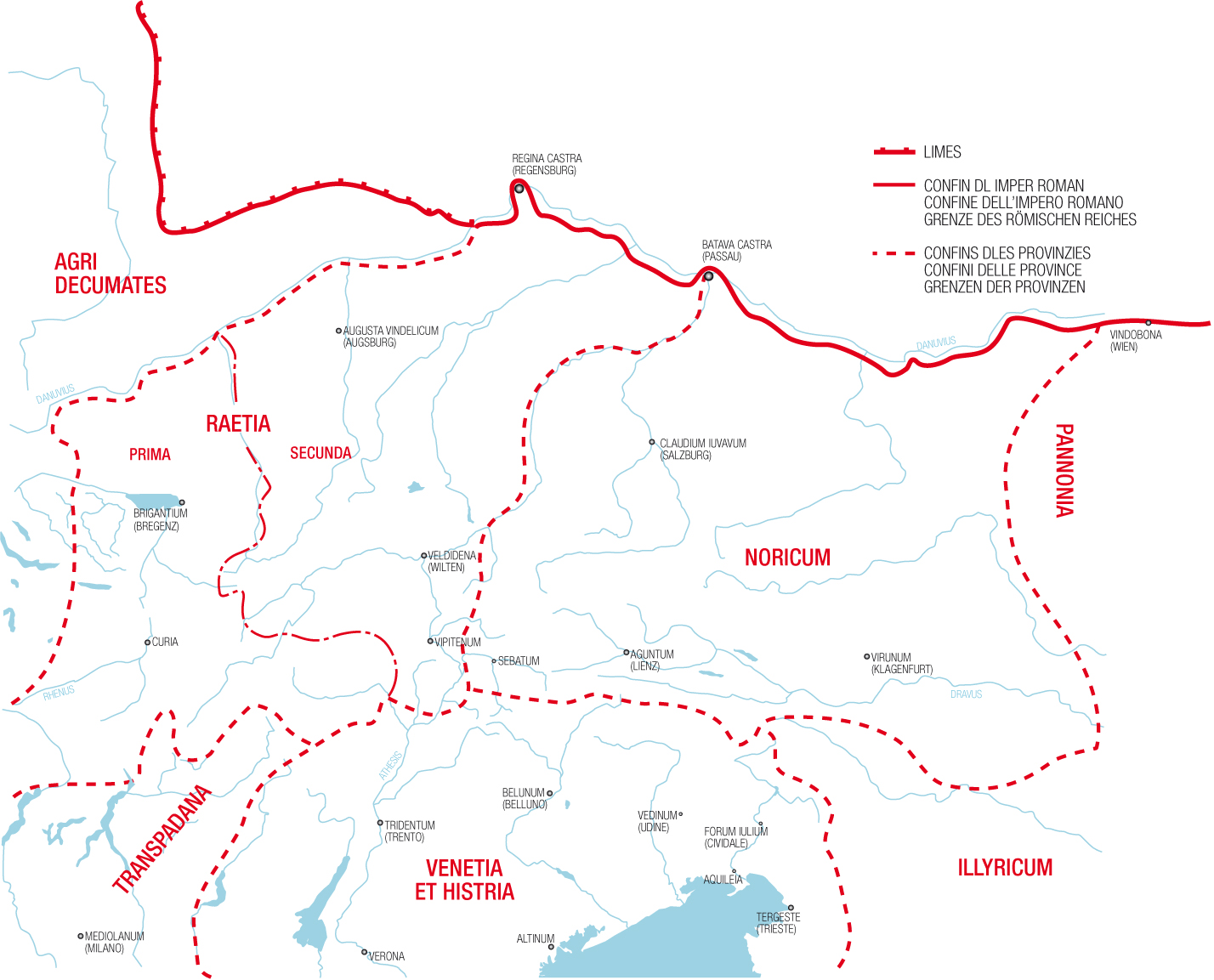 Christianity came during the Roman period brought by travelling missionaries from Aquilea.
The ancient Bishop's Residence Sabiona (originally founded 5th century) was also an Aquilea dependency.
In the high middle ages, since Charlemagne (742-814), and also under his successors, the valleys Inn, Isarco and Adige were important routes to Rome for the German Emperor e.g. for coronation. To secure the routes south the Emperors installed Lord Bishops who ruled in their name, and provided them with land and property, along the route to Rome.

An important place of pilgrimage in Val Badia is La Crusc, (2000 metres) above San Linert in Alta Badia.

Father Ujöp Freinademetz (1852-1908) was born in Oies in Val Badia. He was a Steyler missionary in China for 30 years. He was made a saint by Pope John Paul II in October 2003. The saint is greatly admired by believers and many visitors come to his birthplace and the religious monument there. 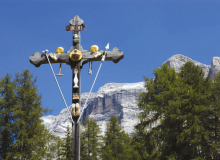 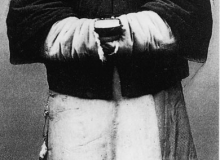